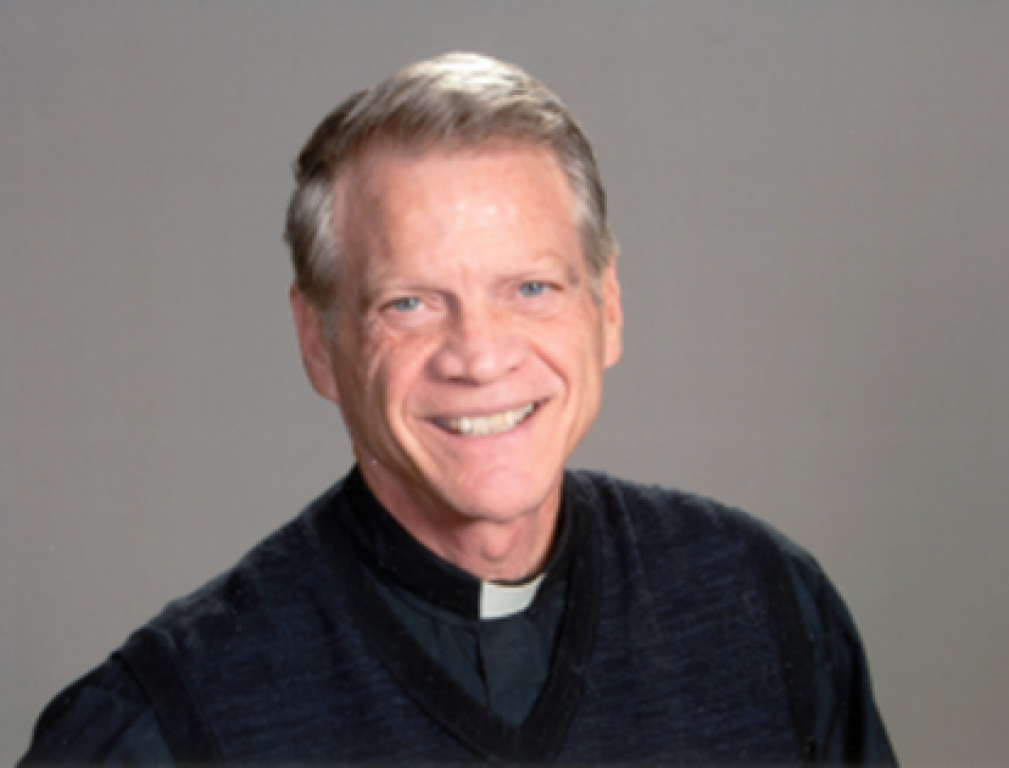 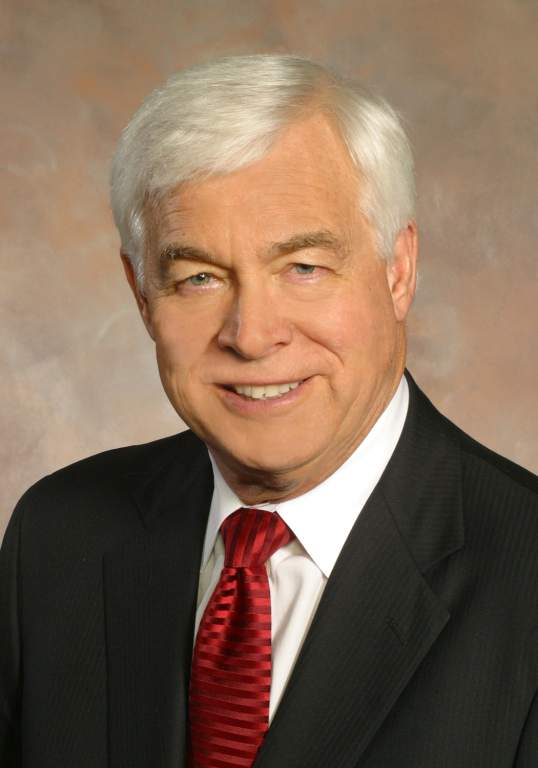 Daryl was ordained a deacon on April 23, 1994, by Archbishop Daniel Kucera, at the Cathedral of St. Raphael, in Dubuque, Iowa. In 1999, after being transferred to Moline by John Deere, Daryl was assigned to St. John Vianney by Bishop William Franklin. His primary diaconate ministries include assisting at weekend Masses, ministering baptisms and witnessing weddings, leading baptismal preparation classes, facilitating RCIA preparation, preparing newly engaged couples for marriage, facilitating the Marriage Preparation weekends hosted at SJV for the Davenport Diocese, and co-facilitating and training the altar servers. Daryl and his wife, Patricia, were married at St. Joseph Church, Sioux City, Iowa, in September 1971. They have three children and eleven grandchildren. He retired from John Deere after 41 years of service and is now a realtor with his wife, a local Mel Foster realtor for over 15 years. He has a BS in Engineering from Columbia University and an MBA from the University of Northern Iowa. 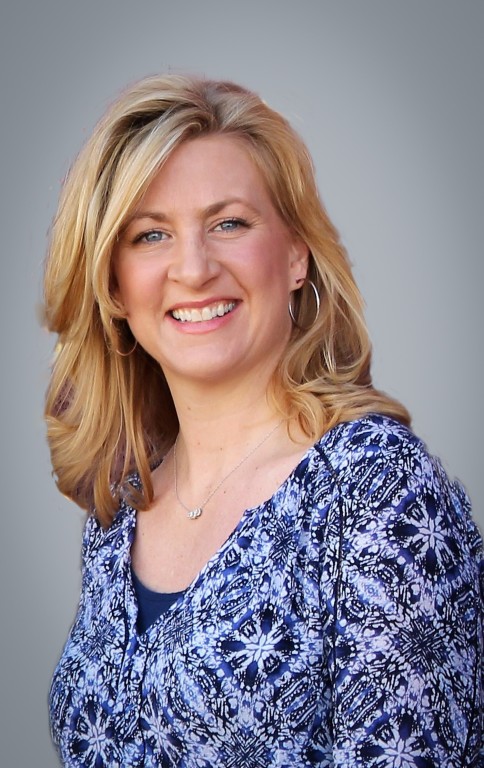 Julie Mishler is a Dubuque, Iowa, native, who arrived in the Quad Cities via St. Ambrose University, and never left. She joined St. John Vianney in 1995, has been a fixture in the Exultate Choir ever since, and volunteered through the years for the Religious Education program as well. With a background in office management and customer service, Julie answered Gods call to take the reins as the new office manager at SJV in 2017 and is beyond thrilled to serve Him and the parish in this capacity. She is a Hawkeye through and through, but makes her home in Moline, Illinois, with her husband, Kevin, and puppy-love, Buddy. She is extremely proud of her son, Trae, who has joined the Army National Guard. A few of her favorite things include beach vacations, coffee, girl time, a good book followed by a good nap, and Sundays. 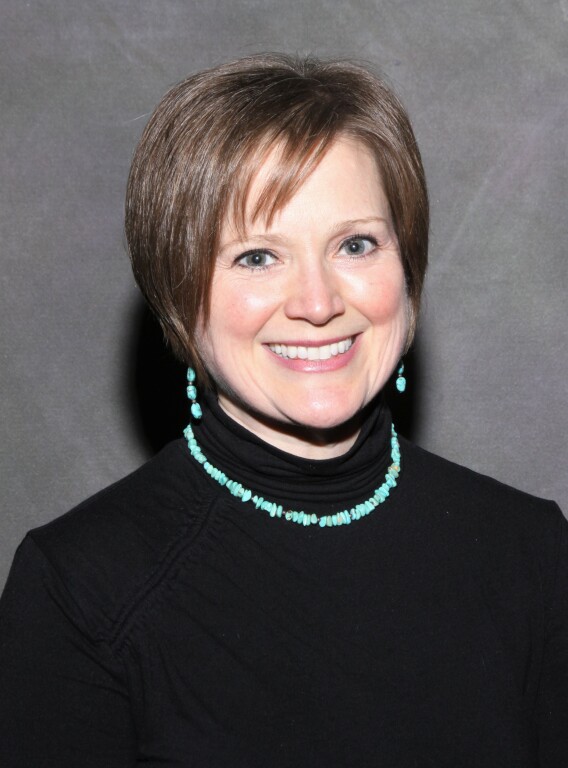 Eleanor joined the St. John Vianney team in January 2010. Prior to her position at SJV, Eleanor was director of Music Ministries at the Church of St. Ann in Lawrenceville, New Jersey. She has a B.A. in Music from the College of St. Benedict in Minnesota, her home state, and a Masters of Music from Mason Gross School of the Arts at Rutgers University in New Jersey. She has a wide variety of experience within the music field, from solo stage performer in musical theater and opera, to voice teacher, but truly loves her work in the Church, as she feels music is a powerful way to pray and experience the Divine. Eleanor and her husband Micah, a Theology Professor at St. Ambrose, reside in Davenport with their two sons, Harrison and Brendan. 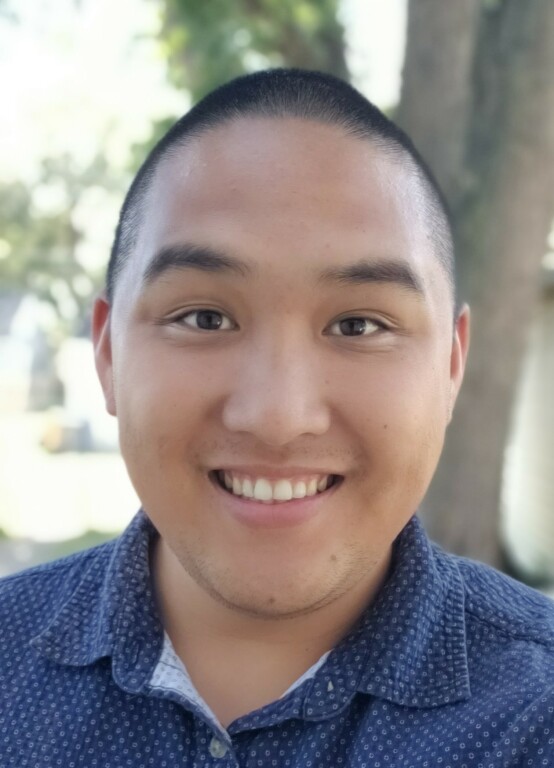 Mitchell Narvasa is a proud Husband and Father of 3. He first committed himself to Jesus and His Mission at the age of 12 at a Youth Ministry Retreat in California, where he was born and raised. Eventually, he received his BA in Catholic Theology and is currently on his way to receiving his MA in Catechetics and Evangelization from Franciscan University in Steubenville. His wife, Rebecca, was, and still is, his best friend in college with whom he eventually married and was the reason for their move to Iowa, Rebecca's home state (in case you were wondering). In California, he gave talks on our Catholic Faith and lead praise and worship with a Worship team at different conferences, retreats, and other parish events. Besides that, Mitchell just loves to spend time with his family. 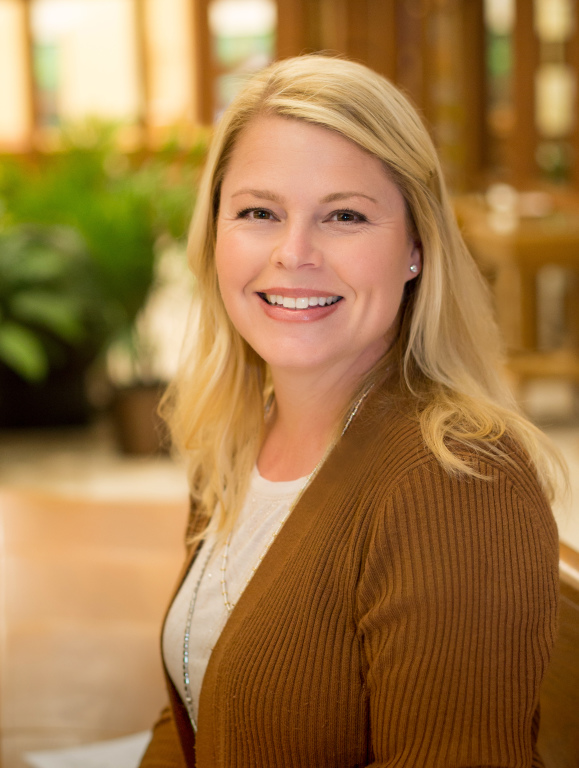 Jeannie has been the co-director of Religious Education (Preschool - Grade 6) since August of 2016. With the exception of living out of the area for ten years, Jeannie has been a parishioner at SJV since 1981. Jeannie received her degree in Elementary Education from Marycrest College in 1994. Jeannie lives in Davenport with her husband Matt, their two children and two dogs. 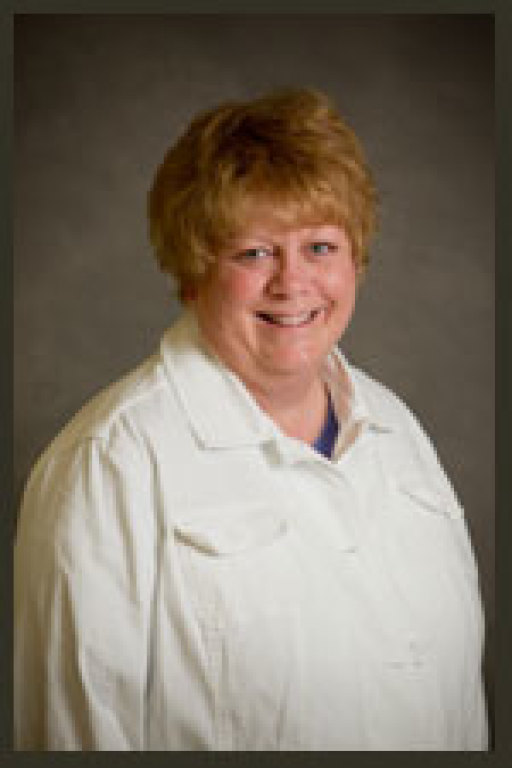 Jan joined the SJV team in 1997. Jan is responsible for grades 7-12 along with Confirmation and the Retreat Team. Jan and her husband Guy have parishioners at SJV since 1986. They have three married children and six grandchildren. 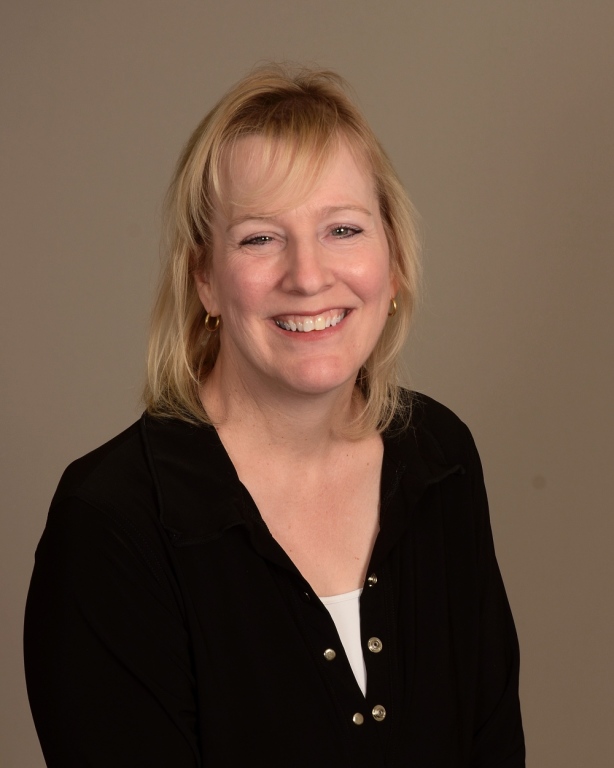 Judy and her husband Bill joined SJV in 1994 after getting married and moving from St. Louis. She taught Religious Ed. and earned her catechist certificate through the Archdiocese of St. Louis and earned an Education/Special Ed. degree from Fontbonne University. She taught elementary grades for several years and then started working with adults as an educational consultant doing teacher training and staff development. Judy loves studying with our adult groups, but more importantly seeing the communities that form when folks pray and share their faith and their lives week after week. Judy enjoys bicycling with Bill, cooking and gardening. 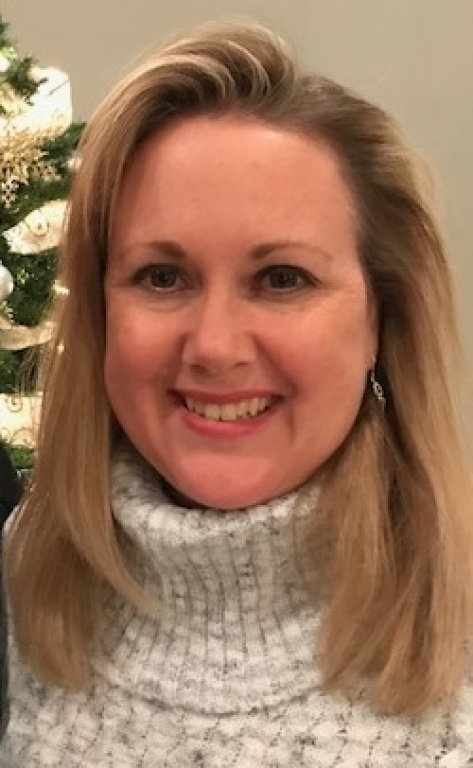 Colleen has worked at St. John Vianney since August of 2005. She is a graduate of Iowa Wesleyan College with a B.A. in Accounting and has passed the CPA exam. Colleen previously worked as a financial comptroller, but truly loves her work at SJV and the people she works with. She and her husband Troy live in Bettendorf with their five children. She loves to run, cycle, hike and travel.

Lorraine moved to Davenport from San Diego to be close to her daughter’s family which includes 2 grandsons. Lorraine was born and raised in El Paso,Texas where she attended the University of Texas at El Paso and, when she moved to San Diego, graduated with a BA in Liberal Arts from San Diego State University 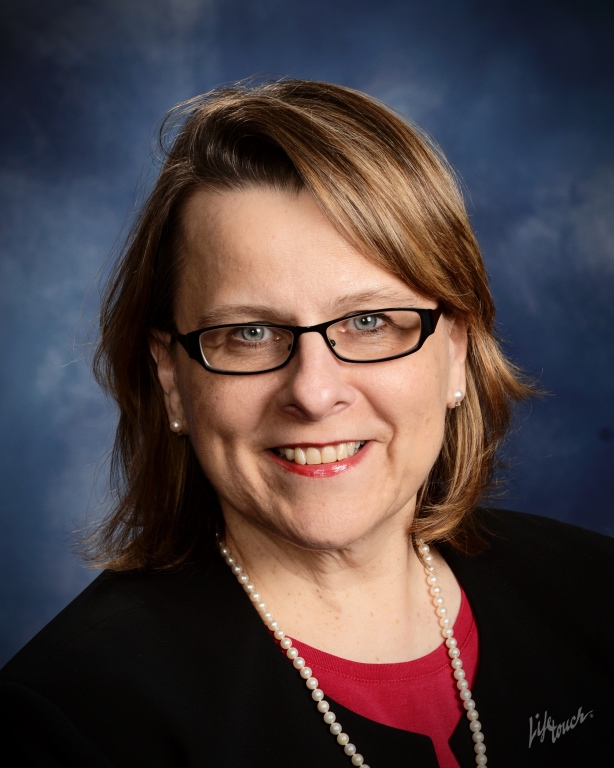 Jan Touney is editor of The Vianney Vine, a quarterly newsletter mailed to all registered parishioners at St. John Vianney. Jan retired as executive editor of the Quad-City Times in 2015 after a 40-year career in journalism. In retirement, she has a free-lance business and enjoys volunteering, both at St. John Vianney and in the community. In the parish, she serves as a Reader, Eucharistic Minister to the Sick and Confined, and is a member of the Haiti Committee and Liturgy Commission. Jan and her husband, Tom, who have been members of SJV since 2004, have two sons and three grandchildren. She welcomes story ideas for The Vianney Vine. 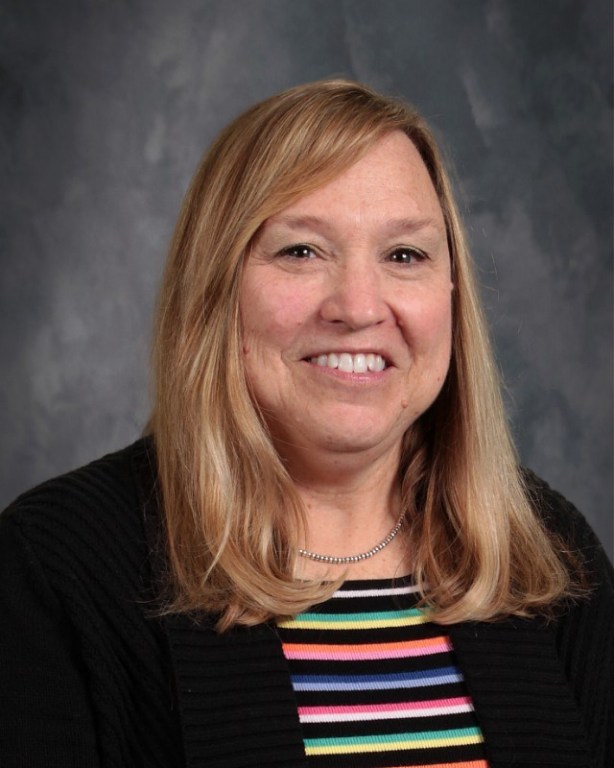 A native of the Chicago area, Karen graduated from Eastern Illinois University with a degree in accounting. She spent several years working as an internal auditor in Chicago and Orlando, Florida. Karen and her husband, Doug have five children and have been members of the parish since they moved to Bettendorf in 1992. After many years as a stay-at-home mom, Karen joined the preschool staff as the office assistant in 2006. She also helps in the church office in the afternoons. 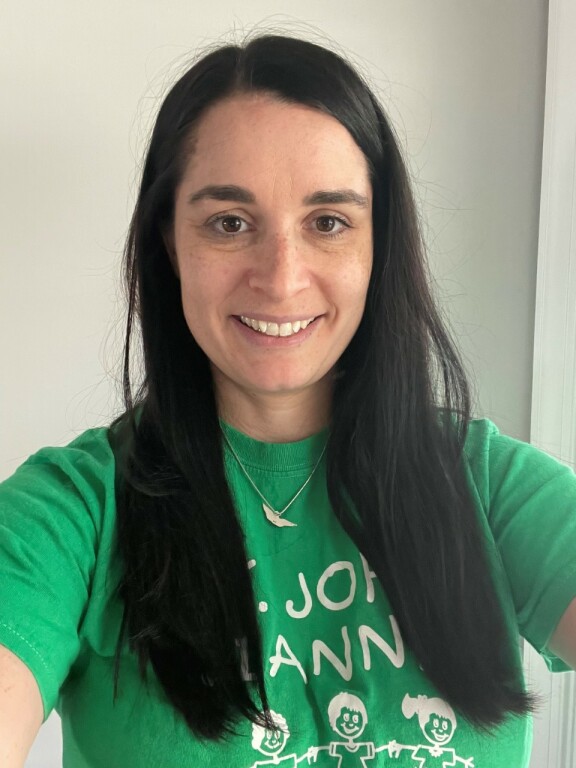 Angela Beard and her husband, Drew, live in Davenport with their two children. They have 3 dogs-Bella, Beau and Princess and 1 cat, Oreo. Angela graduated from Saint Ambrose University in 2010 with a Bachelors in Elementary Education and holds endorsements in Special Education-Mild/Moderate Mental Disabilities K-6 and Reading K-8. She is currently working on completing her endorsement in Early Childhood Birth-Grade 3 Inclusive Setting, with an anticipated completion in the Fall of 2022. Angela has taught Special Education in the upper elementary in the Bettendorf School District, Special Education Resource and Math Intervention at Lourdes and subbed within the BCSD and Lourdes. She stayed home to raise her two children and move various places for her husbands military training. She is thrilled to be back in the classroom as the head teacher for the 4-year old preschool program! 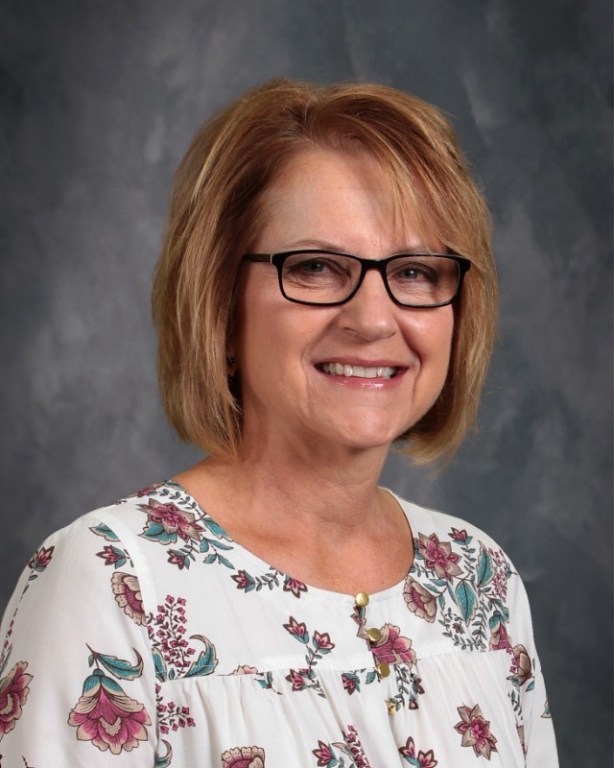 Cindy Corrigan is married to a wonderful man named Marty and they have two girls. Nicole is a student at Arizona State University and Angela attends the University of Central Florida. They also have two dogs, Kaiser and Kalvin. Cindy has an associate's degree in Child Care and Development and a bachelor's degree in Elementary Education. She began her career as preschool teacher in Two Rivers, Wisconsin, and eventually became the director. She moved to Oklahoma City and worked for Hertz as a Training and Communications Manager. After the birth of their second daughter, they moved to the Quad Cities and Cindy once again began working as a preschool teacher, then as a kindergarten teacher. 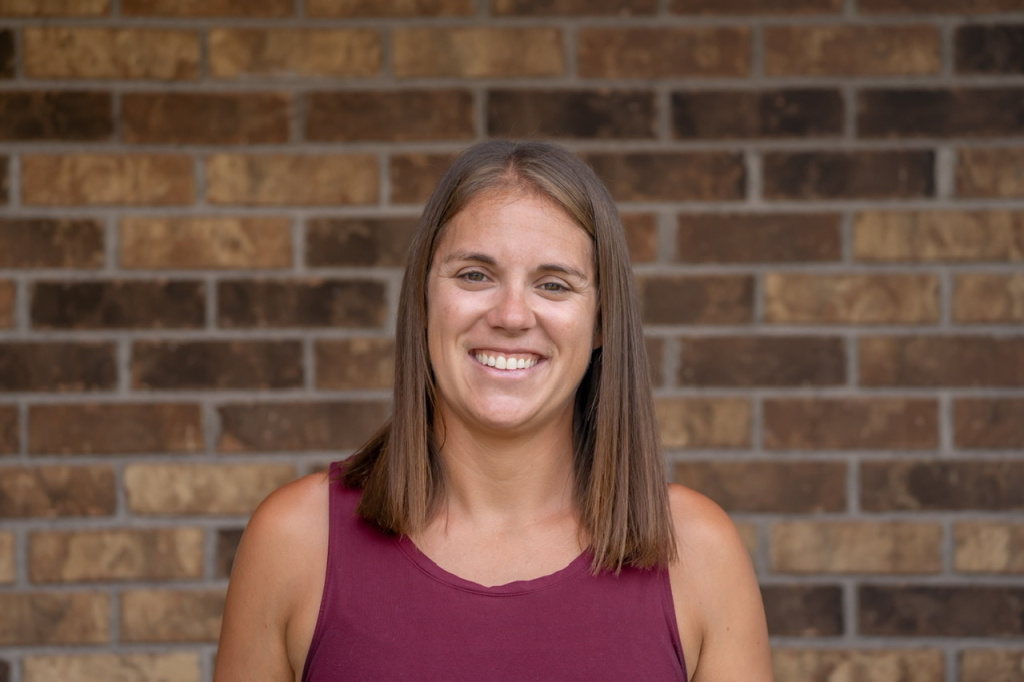 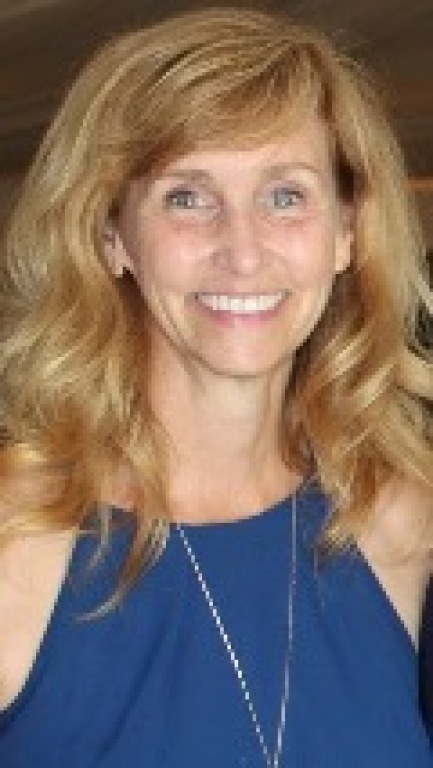 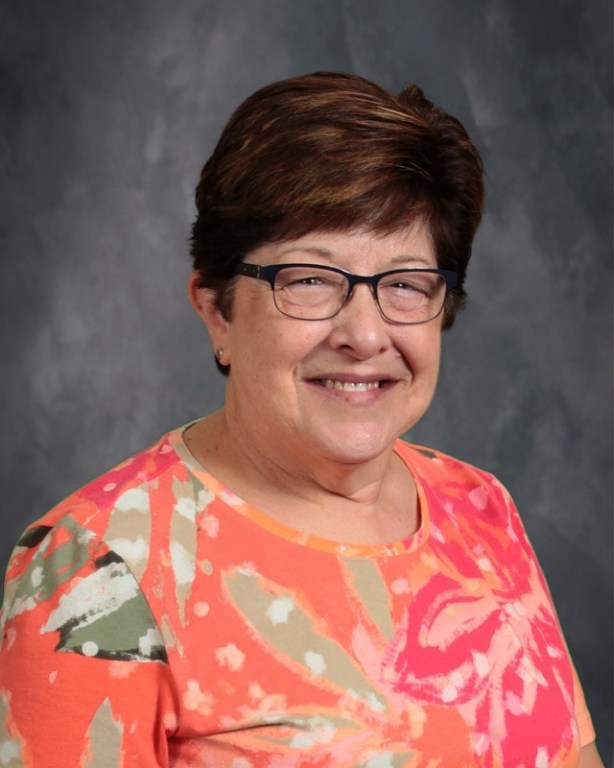 Terry Camerena - Teacher Assistant, St. John Vianney Preschool
[email protected]
Terry and her husband, Manuel, have lived in Bettendorf for 43 years. They have 4 adult sons and 3 grandchildren. She graduated from Marycrest University with a degree in Elementary Education and an emphasis in Reading. She taught several years at Holy Family School (All Saints). She, then, stayed at home raising the boys for many years.  She was a para-educator for Bettendorf Schools, then went on to teach 16 years at Lourdes Catholic School.  After retiring from Lourdes, she joined the SJV preschool as co-teacher of the 3 day and 2 day programs with Cindy Corrigan.
Share this page on